Remembance Day and our Fallen 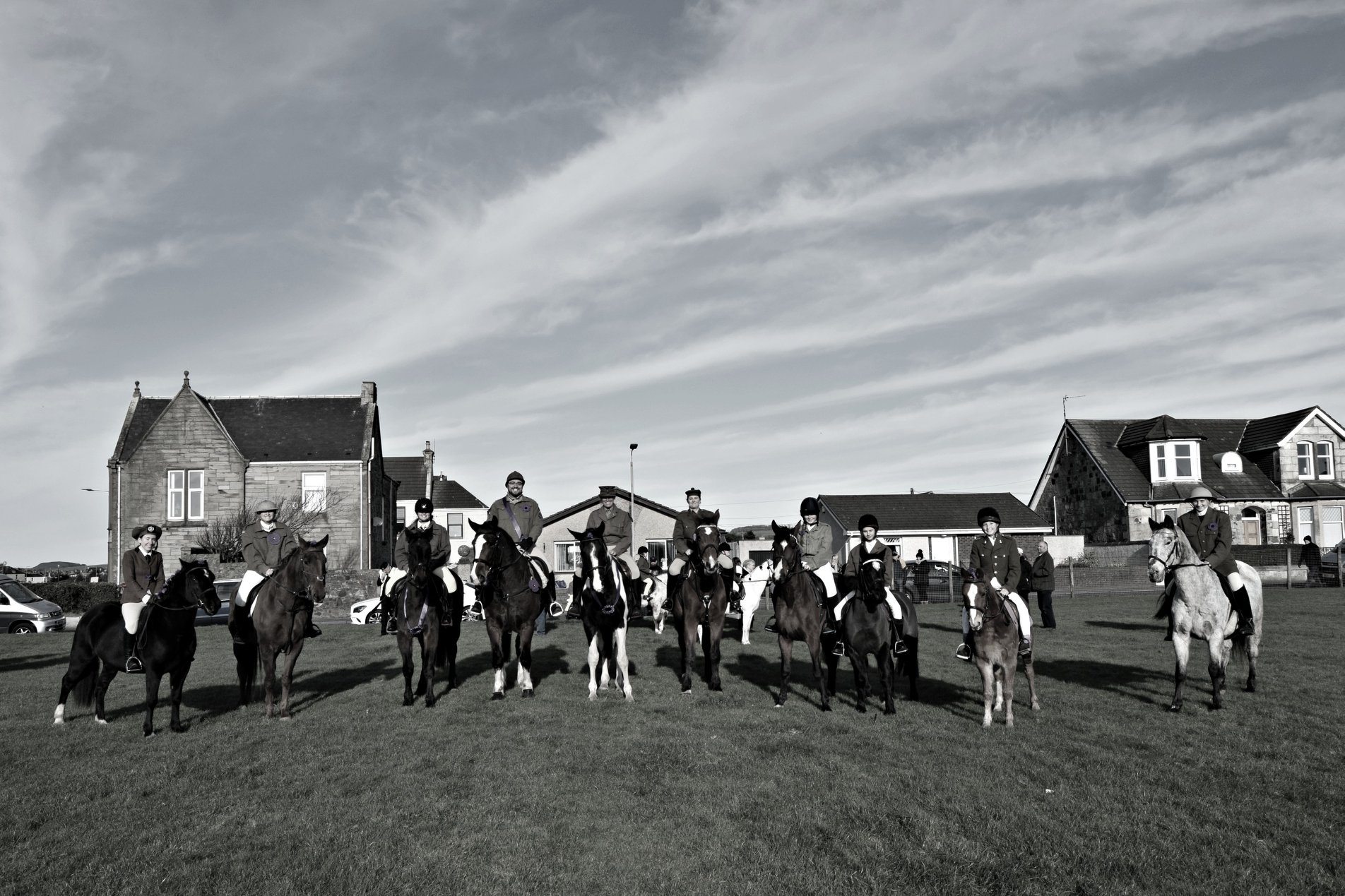 I'm making a short film about the Remembrance Parade, so if you or someone you know has any photos/footage from the event and would like them to appear in the film then please contact me either by messenger or email please: suzfernando@yahoo.co.uk

Included in the service at the War Memorial were World War One and Two re-enactor's and a poignant service to remember the eight million horses that died in World War One.

“There were a number of adult and children riders taking part, which has never been done before - but there was nothing to worry about on the day as every horse/pony/Clydesdale and Shetland all remained calm, dignified and well behaved. With the glorious winter sunshine it made for an outstanding, emotional and unique day.”

The parade arrived just before 11 at the Saltcoats War Memorial opposite the Melbourne Cafe who themselves displayed a beautiful poppy and fallen soldier silhouette in there window. The silhouette was hand crafted by local man George Kidd who very generously donated the piece towards the event. You can view it throughout the year at my house which I will proudly display with honour and thank George very much for making such a special work of art.

We set off on Hill Street, for the start of the parade. Horses took up the rear and were a magnificent sight as the riders, who were smartly dressed or in authentic WW1/2 uniforms generously donated for the event by museum owner Mr Pete Scally ex serving Military Policeman. Not only were our riders dressed appropriately for the event but the real heroes of the day were of our equine variety who were immaculately presented and decorated in red, purple poppies.

I don't think I stopped crying for a whole hour, tears mixed with sombre reflection of all those who sadly died providing us with the future we have today and tears of joy at how breathtaking the sound of clippety clop hooves as we marched passed.

The feedback I've received following the event has been nothing less than extraordinary, and I think it's a day none of us will forget in a while.

The photoshoot afterwards was well advertised with veterans, marshals, volunteers and the local community invited to take part. Those who could bare the cold a little longer enjoyed a fun few minutes on the lawn opposite the beach where everyone had some photos taken with my special guests.

I love horses and a keen rider myself but as we all know is a very expensive hobby. I know the hard work and dedication that goes into these beautiful companions and for that reason alone I simply can't thank them all enough. Thu sun was shining, it was a beautiful and poignant morning as we remembered those we have lost to give us all a better future. ❤