Stray elephants destroy acres of Crops in Kasese: Families at verge of Famine 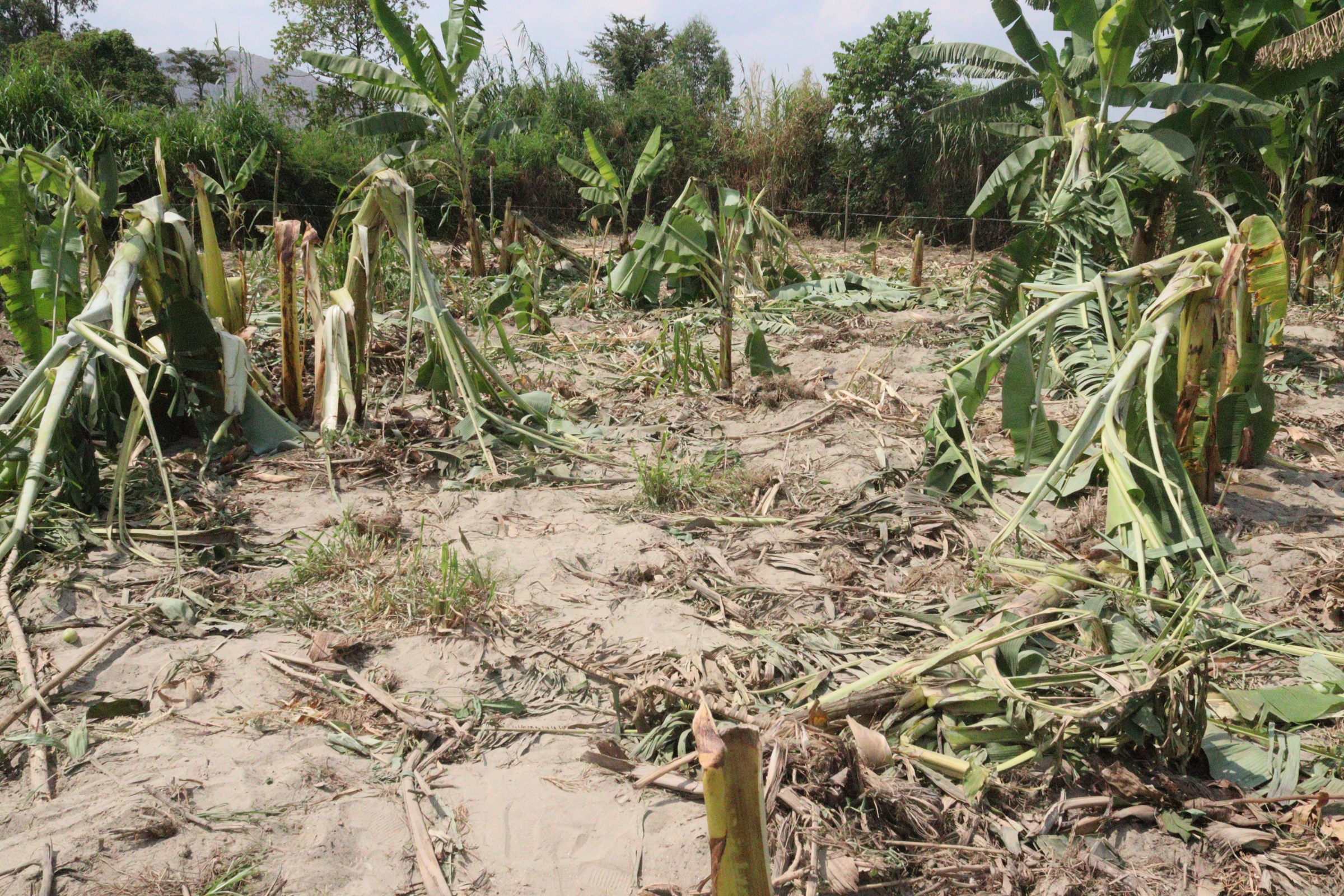 Farmers in Kasese municipality are counting losses after a herd of elephants destroyed their banana, tomato, maize and cassava plantations.

These say hunger is likely to claim their lives amidst the hardship living conditions after UWA failing to protect their animals which they say have continuously evaded their gardens destroying their crops.

Residents of Kisagazi, Kihara and Kanyengeya are counting losses after a herd of elephants destroyed their banana, tomato, maize and cassava plantations worth millions of money.

According to Jetress Busingje a 75 yr, her efforts towards addressing poverty has been watered down adding that many families are to go shoot of food.

She urges concerned stakeholders to intervene, calling for compensation.

Dan Kahungu a resident of Kizagazi Cell, in Nyamwamba Division says he lost four acres worth millions of money despite reporting to relevant stakeholders.

He called upon UWA to rescue the situation which he said has been too much and gone beyond man’s control.

According to Sunday Moris, the elephant evasion was at around 2:00am at night and the destruction was a lot as their sugarcanes, cassava and tomatoes were destroyed.

Kankunda Jesca, 32 year's appeals to the government for support since all her hopes to cater after their families are no more after their farms of tomatoes was destroyed.

Speaking to Landus Masereka, the Chairman Farmers Association in the region blamed UWA and leaders for not coming up with a long lasting solution. He vowed to poison them in self-defense.

Meanwhile the Kasese deputy Resident District Commissioner in charge of Bukonzo, Lt. Mattee Magarwa asserted that they are aware of the community's concerns, quickly indicating that efforts to rectify the problem once for all are underway by planting an electric wire along the National park.

Speaking to the director of UWA, Sam Mawandha, said that they’re working hard to ensure that every area that neighboring national parks are covered by electricity wire.