Now The Carnival Is Over 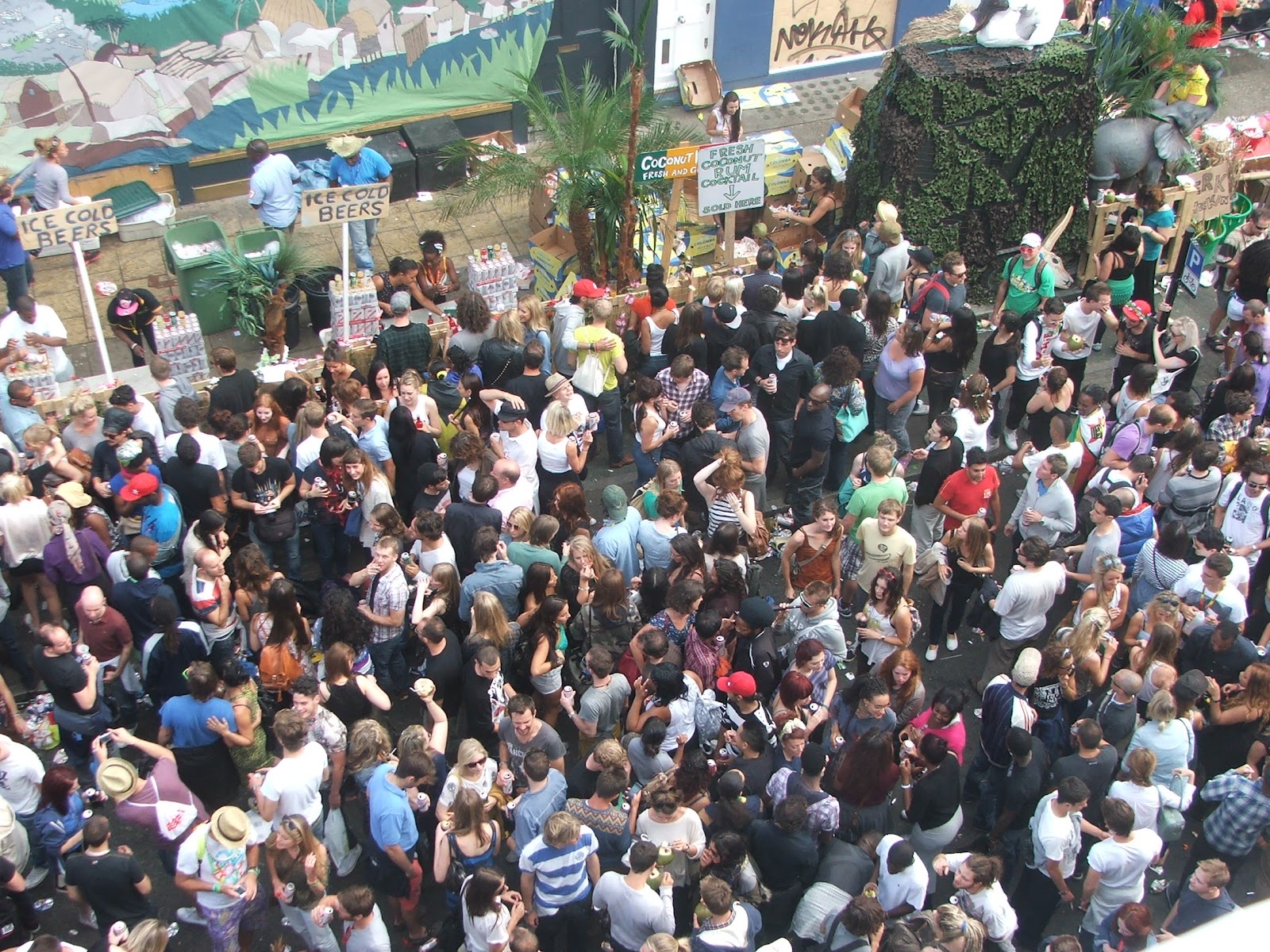 Reflections on The Notting Hill Carnival

The carnival is over and the immediate aftermath the streets have that strange smell about them, a strange cocktail of detritus and defeat, a rather acrid scent, melancholy and subdued. Yet just 24 hours ago the streets were packed with dancing crowds partying like it would not, and should not, ever end. Stale beer, decaying cooked chicken and mouldering bread and paper. The odour lasts a day or two as the carnival atmosphere evaporates, washed away by pressurized water driving debris into the gutter as stalls, stages and barbecues are dismantled, and wooden boarding removed from the shop windows.

The carnival is now only a dream, people once part of a dancing throng are now scattered, isolated individuals again; they wake wondering was it all true, did I really dance in the streets, were the people really that happy and friendly, - people from every conceivable race and background jostling together, laughing, singing, blowing whistles?

The carnival is dangerous and those in positions of authority have never been completely at ease with it. It smacks too much of spontaneity, too much like a little taste of revolution and the people taking control of the streets. Defying attempts to cajole and coral, bursting into side streets, overflowing into gardens, dancing on the roofs and window ledges, dangerously out of control.

Now the politicians and civil servants can breathe a sigh of relief as once again the carnival is over.