Rosalind Ambler's "The good and bad of lockdown and beyond" 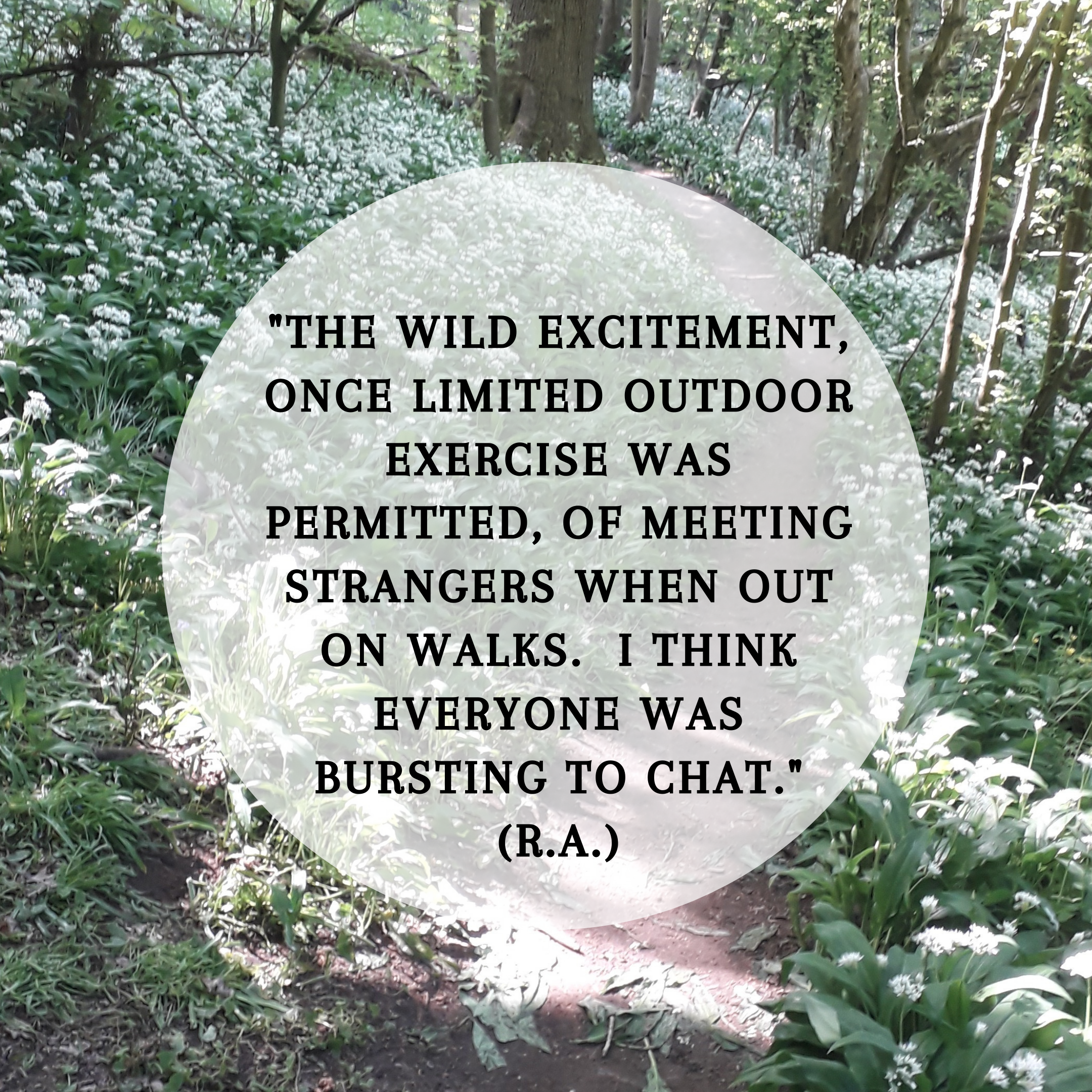 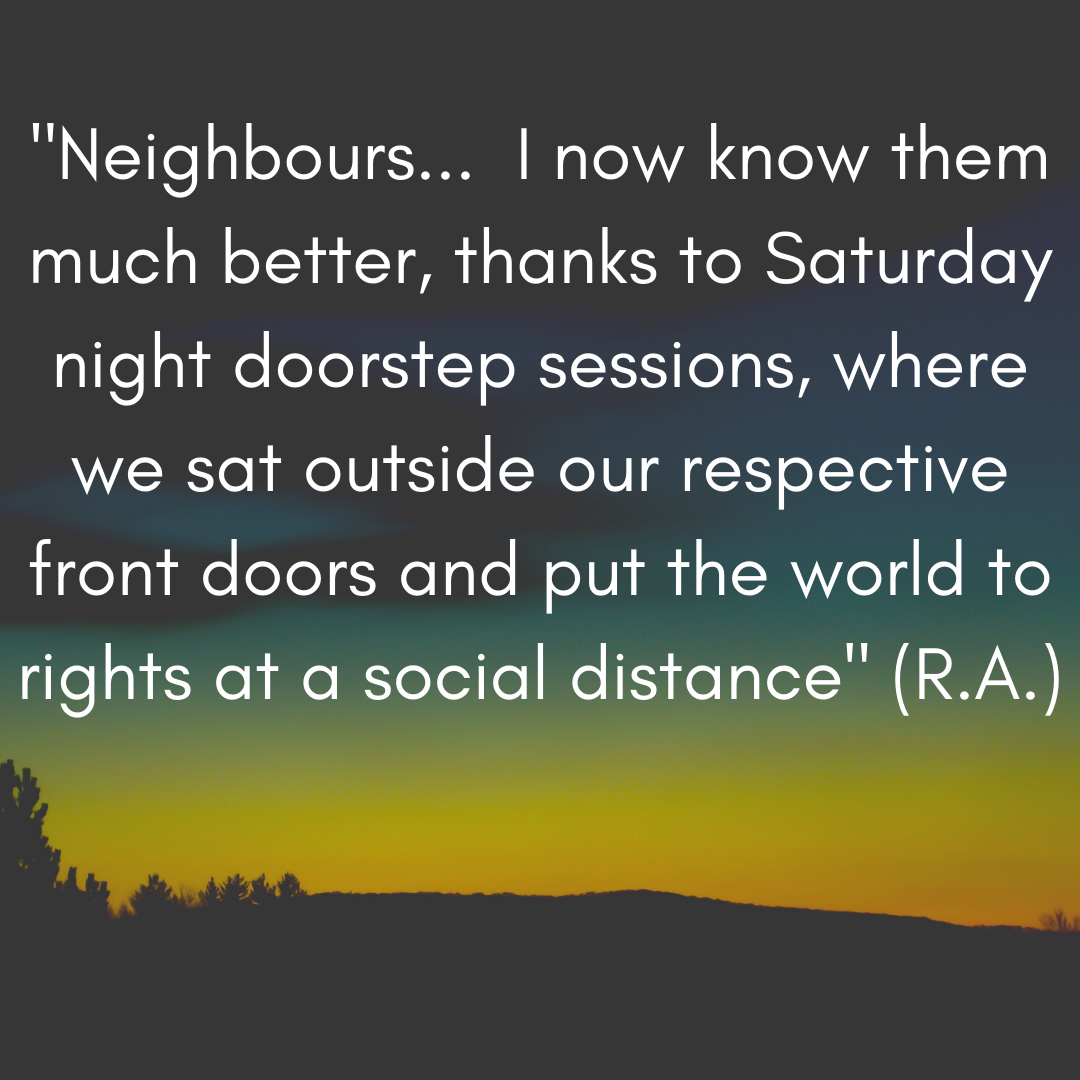 The good and bad of lockdown and beyond.

I was on a holiday disrupted by the pandemic.  In two short weeks things went from our being assured, in Peru, that we were safer there than at home to closed borders, rigorous checks in some (but not all) airports and many of my tour group getting anxious, tetchy and frankly rude.  Full marks to Titan Travel who somehow got us, rather dramatically, on to the last direct flight from Rio to Gatwick, arriving home three days before lockdown and a week before the holiday was supposed to have ended.  Absolutely no health advice was issued at Gatwick, but I figured I needed 2 weeks quarantine having been through umpteen airports and in restaurants, bars and hotels (remember them?).

Return to Devizes was to a house vacated that morning by my housesitter, a cheerful New Zealander who had awarded herself at gap year at 60, but now wanted to get home so did not want to risk catching anything from me.  So I went from being with 30 other people every day (even if some of them were extremely annoying) to solitary confinement.

Early into isolation my cat had his first fight, and developed a sore on his back.  Vet visits sounded pretty difficult, particularly as I was in quarantine, so I kept it clean, but it took an awfully long time to heal.  Had visions of sorrowful vet saying ‘if only you had brought him in sooner’ but he did recover, so that was not a long term bad thing.

On about day 4 of National Lockdown a chunk fell off a tooth.   It didn’t hurt, but that was the crumbliest tooth I possess, and the remaining bit was not stable.  That was very unnerving, with newspaper articles about extraction only being available in cases of extreme emergency, and the rest of us could go whistle and take painkillers. Plans for sourdough breadmaking were abandoned, as previous attempts had been delicious but with the hardest of crusts.

The worst of Covid was the removal of the regular events that give life some pace and structure.  The Talking Newspaper was suspended, so that took away a once a month visit to Marlborough to operate the recording desk.   After much deliberation the Devizes Food and Drink Festival had to be cancelled, of which I am Chairman.  The Writers Group could no longer meet up to read out what we had written.  My wine tasting group could not congregate in each other’s houses and share bottles.

Not ever sharing a meal with another person was horrible.

Having a birthday entirely alone, at home, was not fun.

Even when restrictions were less harsh, and some meeting of others was possible, I found myself longing to exchange pointless conversation with possibly boring complete strangers, as horizons narrowed to local friends who I knew well enough to arrange to meet, rather than just encounter.   And how the hell do you eavesdrop if everyone is 2 metres away wearing a mask?

Lethargy.    We all knew it was likely to last a long time.  Yes this was the ideal time to redecorate, learn something, lose a couple of stone, take up a craft.   Ha bloody ha, didn’t even start.   Often didn’t really know what day of the week it was.  Putting out the bins became an exciting high point of a fortnight.

Other bad things:  Swedes in veg boxes.  I don’t like swede, and even tried to ferment some of it as wasting food seemed so wrong.   Not a good idea.

Friends who rallied round when I came home, delivering shopping, and local companies supplying veg boxes.  Apart from the swede.  And on the plus side I had two little punnets of something sprouting, which turned out to be fenugreek.  One I allowed to grow on, and planted outside, where it was not only rather pretty but also added an exotic slightly bitter tang to things like dhal.

The friend who sneaked into my house on my birthday and dumped a carrier bag of birthday goodies in the hall before fleeing, so was not seen.

After a while, realising that in the normal course of events I often don’t actually see other people every day, so moping about a lack of human contact was more in the mind than reality.

Neighbours.  I now know them much better, thanks to Saturday night doorstep sessions, where we sat outside our respective front doors and put the world to rights at a social distance.

Zoom.   The writers’ group meetings, wine group meetings, and the monthly evenings of readings that were at the bookshop have happened, and we are getting more proficient.

The wild excitement, once limited outdoor exercise was permitted, of meeting strangers when out on walks.  I think everyone was bursting to chat.

Doing local walks.  At first I was indignant that I was not supposed to get in my car and drive somewhere, but finding out what good walking was available on the edge of town was great, as was seeing the seasons change.    I certainly walked far more when I was only allowed out once a day than after that restriction was lifted.

Writing a radio soap opera.   I did this with another member of the Devizes Writers’ Group.  This is our third soap, and we took it in turns to do episodes, each one including some unexpected crises or dramatic event that the other writer had to unravel.   He dumped an unexpected druid handfasting on me, so I retaliated by having the kitchen apprentice being discovered by a Hollywood director.

The thing that is odd is how characters change as you write them.  We had decided at the outset that a planned wedding would never happen, and the groom would do a runner, but started to like him so that had to be changed.   This is going to go out on Warminster Community Radio when enough people are allowed to be in a studio to record it.

Being on a pension, so not being hit financially.

Theo the cat.  People are longing for hugs, but I didn’t get them before Covid very much, and stroking Theo is highly therapeutic.

There is doubtless a lot of suffering going on behind closed doors, both financial and emotional.  I am desperately sorry for the young, whose hormones are doubtless raging while they are cooped up with their parents.   People with older children who have returned home rather than isolate in distant cities have found it somewhat taxing after a while I gather.

At my age theoretically I should have been more locked down than other people, but I don’t have children or a husband, and quite honestly if I did snuff it now I haven’t had a bad innings.  It would be preferable to hanging on for years, incontinent or demented in a care home.  So perhaps we should be allowed to manage our own level of risk, as I am still reasonable competent, and have a lot to offer now, but maybe not in a few years.   I would not have been allowed to be part of the volunteer support group as I am over 70.  Probably could have called on it for assistance, but that really was not necessary.   I think there was a surplus of volunteers anyway.

Humanity is pretty adept at sorting out things like Covid.  Look at the utter terror Aids caused when first identified.  Now it is controllable.

Will we end up kinder?  Possibly, but I wouldn’t bank on it.  Devizes people are quite kind anyway.  Some will never feel under any obligation to help their fellow man, preferring to sound off on facebook about the iniquities of others, but deep down where it counts  Devizes people are public spirited and friendly.