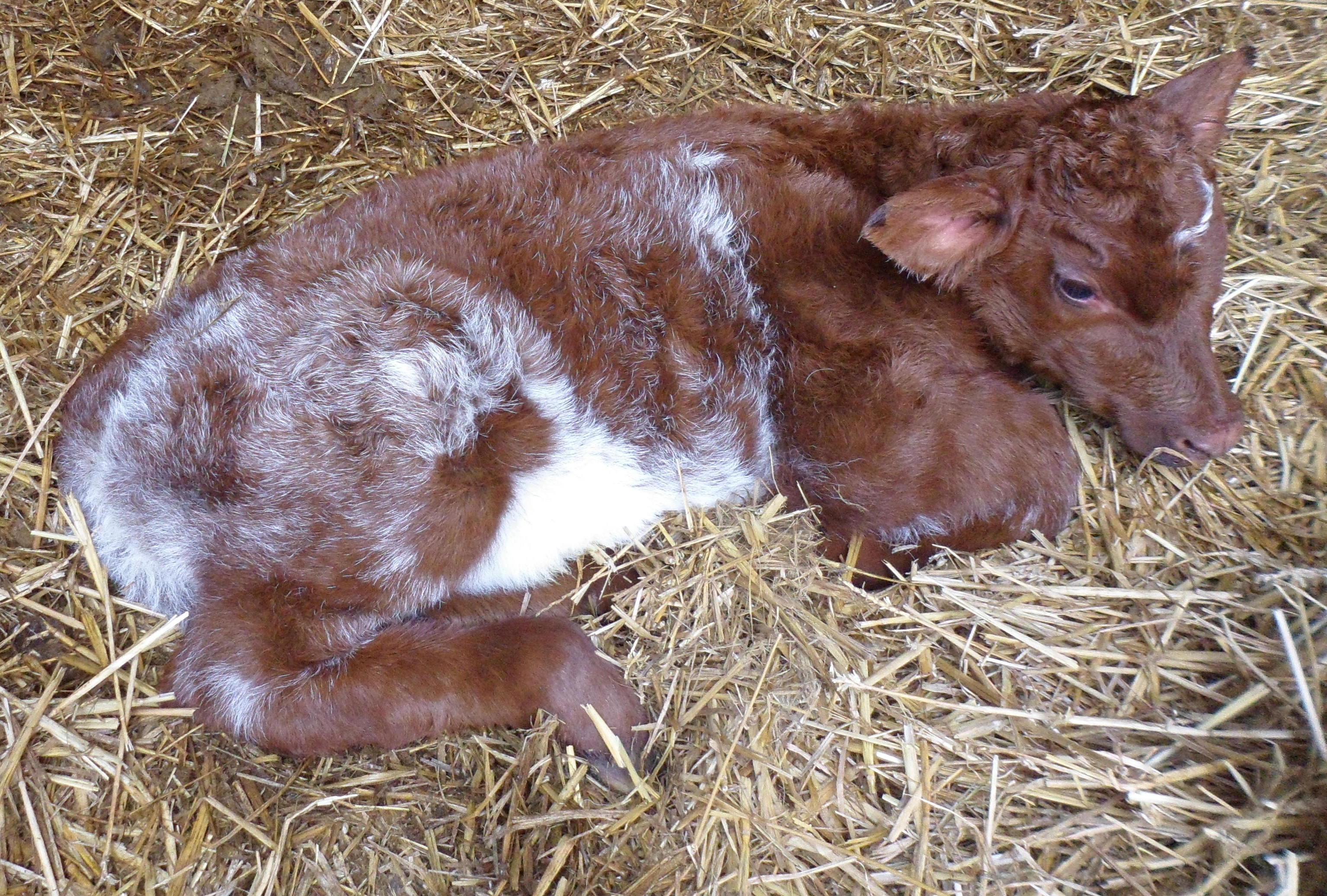 Today was perhaps the most surreal day I've had since starting as a volunteer at Stirley Community Farm. Shortly after arriving, having had a quick check of emails and a cup of tea, I left the unusually quiet office to check that the cows had enough to eat. I was lost in my thoughts as I approached the feed barrier when I did a double take. Sitting in the hay which we feed the cows on was a perfect, beautiful little calf. Having decided that we weren't due to have any calves until April, you might say I was more than a little surprised! Immediately, before my brain had even begun to work properly, I turned on my heels and sprinted back to the office to tell Toby, the only other person on site, and to call the Farm Manager. As we dashed back to the feed barrier, I was half wondering if I'd hallucinated the whole thing! But there she was, happily sitting in the hay, until we disturbed her and she jumped back through the feed barrier to be with her mother. She's sprightly, if a little unsure on her legs just yet, and she spent the day lounging in the sun recovering from her journey into the world and drinking milk.