After A Levels - what next? 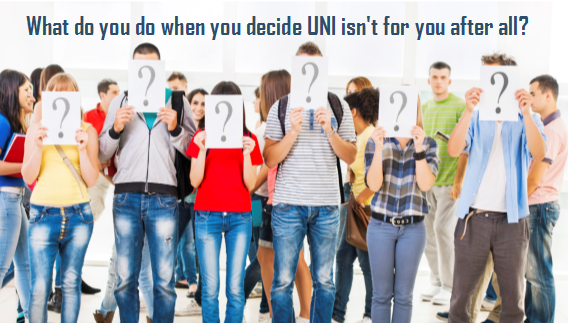 DJ is 18 years old and passed his A levels in IT, Math and Physics. His intention was to go to university, but because he found A-levels very intense DJ decided against it. This however left him without any plans when most of his peers were either preparing for UNI or work. Talking to some of his friends, he decided to look into apprenticeships. His mum suggested visiting the 'IT Open Day' at the Apprenticeships Store.

Unfortunately, DJ and his friend didn't find the day very helpful as it was all computer based, which they felt they do from home anyway. Only a couple of companies had turned up for the open day but weren't able to support them. Both boys continued to search online from home and signed up with a number of agencies. In September one of the agencies offered DJ an interview with a local company and he started a 3-week trial period the following Monday.

The apprenticeship is for a 12 month, level 3 IT web developer. Even though DJ is not gaining any higher qualification, he felt it was a good opportunity to learn on the job. He likes the friendly environment of the small, locally based company and feels he settled in really well. He is hoping to carry on for an additional 18 month to gain his foundation degree.

His friend is receiving jobseekers allowance and is looking for employment.

This story has been recorded as part of the Stockport Community Insight programme.